Do you love free action games or best fps games? If yes, then you have best chance to become the ultimate counter terrorist! This shooting games having breathtaking 3D environment with exciting sound effects. Now step into battleground and shoot all terrorists around you.so check your shooting skills and get it download freely from play store.

Free action games – Gun Shooting Game in this classic hardcore FPS games that lets you complete combat sniper stealth missions. Explore 30 stealth shooter levels with 3 themes like Desert, Port and Snow. Be the top shooter commander and hunt all who are hiding in strategic locations. You are a trained hunter SWAT special counter terrorist attack forces agent, your job is to kill the suspects right now with the attacks.

As the levels progress, the mission gets tougher and the rewards get higher. So equip yourself with the best gun and hunt them down to be the top shooter. Search for targets based on radar instructions; completing missions within a specified period of time. Use your huge reward to unlock your favorite from a variety of options like Shooting guns, war weapons, assault rifles, main / auxiliary weapons and Sniper rifles. The battlefield is full of crisis, all kinds of cutting-edge weapon after another, whether you can escape all the attacks, to complete all the challenges. 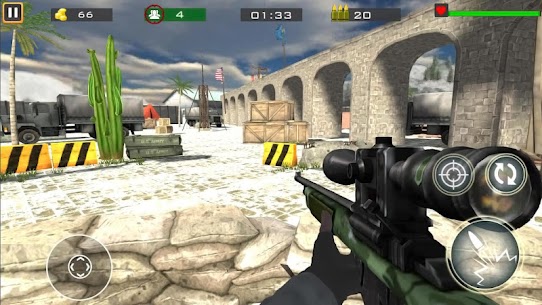 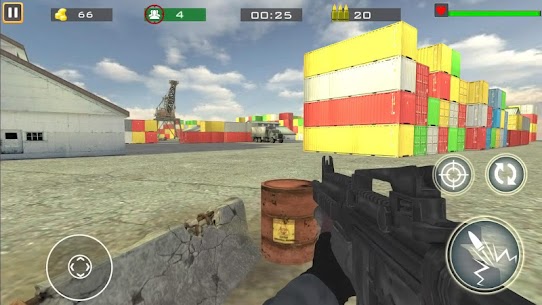 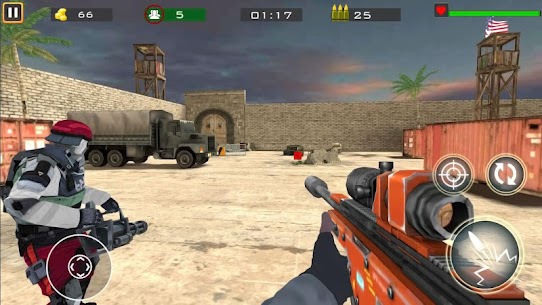 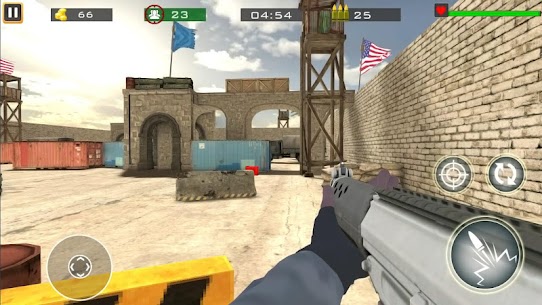 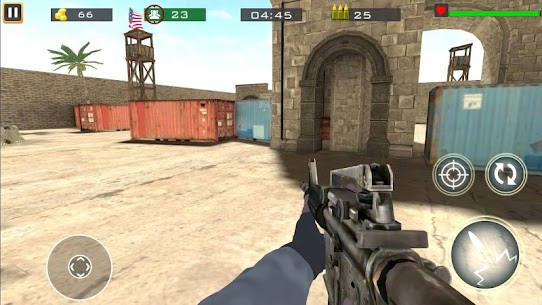 Improved Game Play and Performance.
Thank you for the support.